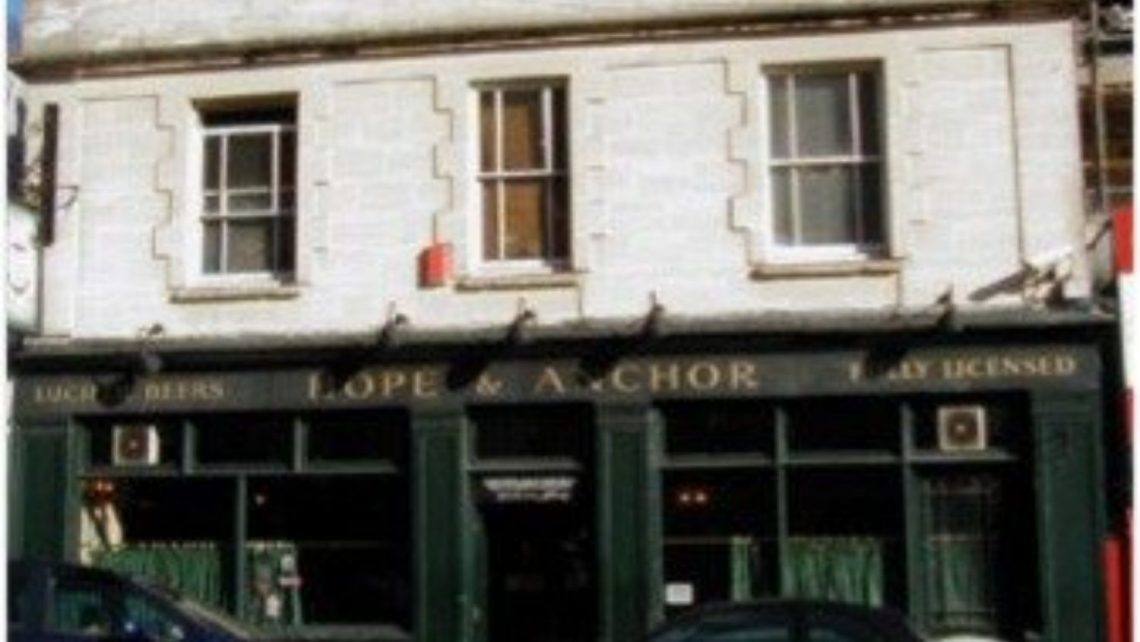 Just last week it recorded someone spray painting their tag on our wall. The Police ended up arresting him and he’s being prosecuted soon.

The Hope & Anchor in Bristol had an existing VCR style CCTV system which was getting quite old. The images it displayed were grainy and movement was very jerky. They’d been thinking about upgrading to a new CCTV system for a long time, and then sadly the deciding factor was the murder of Joanna Yeates.

To have a high quality system installed that was easy to use and easy to download the footage where required. The pub owner Martin stated “my enquiry didn’t have a bearing on the murder enquiry. The point was it could have. The Police did ask for the existing CCTV footage, which showed Joanna in the pub at lunchtime before she went back to work, but the images were too grainy. I was angry at myself really, it could have been my wife, or daughter or relative. It was too late for Joanna but I like to regard it as Joanna’s legacy”

A new 5 camera system with advanced high resolution internal mini-dome cameras and true day/night infrared external cameras were installed. The new CCTV system helps to increase security and surveillance and has been set-up for internet access so the cameras and footage can be viewed remotely via a smart phone/iPhone and laptop. Martin is so pleased with the system he contacted us to say “right from the morning of the demo through to the final installation, it was service straight out of the top draw. Your installation engineer did a top notch job; very unobtrusive and with minimal disruption.”

Since the new CCTV system has been installed Martin has reported it’s helped to tackle anti-social behaviour as the Police are now able to act on the footage. “Just last week it recorded someone spray painting their tag on our wall. The Police ended up arresting him and he’s being prosecuted soon.” Thanks to the DVR’s advanced compression and the cameras’ true day/night infrared functions Martin reports that “it’s great, it produces high quality images and the system vindicated itself.”

The Hope and Anchor now benefits from 24/7 high quality security, protecting customers, Staff and the property. Martin is pleased to say “the system sells itself and I didn’t need convincing.”